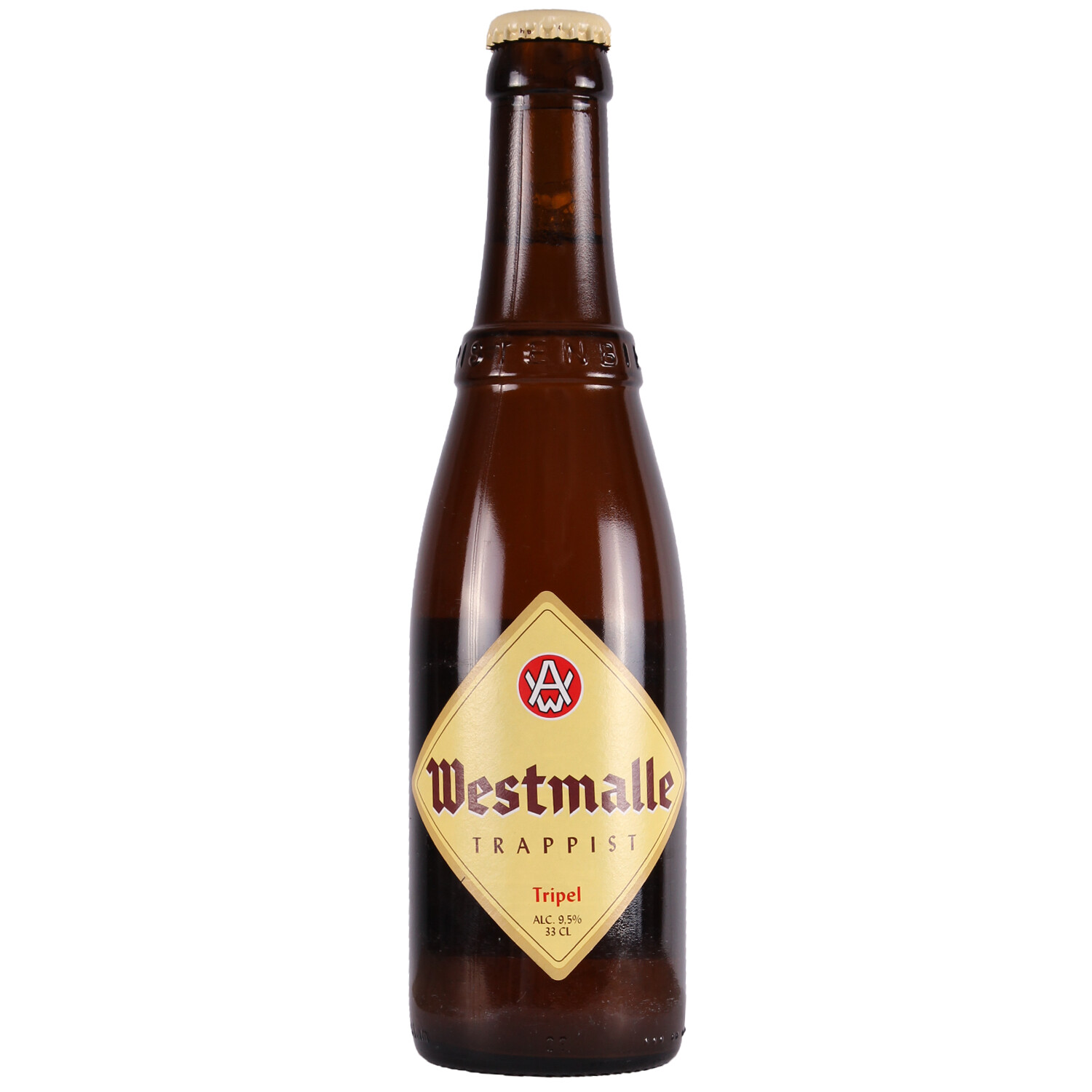 In 1934, the successful opening of the new Westmalle brewery was celebrated with a ground-breaking new ‘super beer’, brewed on the very same premises. Widely acknowledged as the first 'tripel' in the world, it was based on a recipe by Henri Vanderlinden, master-brewer of nearby Witkap in Brasschaat. He was then acting as an advisor to Westmalle.

The word ‘tripel’ makes reference to the fact that ingredients are used in quantities larger than usual. It is a strong, predominantly blond beer with a strong taste of malts and/or hop bitters. You can tell the Westmalle Tripel from the Dubbel by its label, which looks antique and yellowed, and the bottle cap in the same colour stamped with the brewery’s initials.

The Tripel has since turned into something of a ‘deerne’ (or a beloved wench) by its ever-growing horde of fans It was also given the pet-name of ‘champagne campinoise’ – the champagne of the Kempen. At the same time as the Tripel, the characteristic 33cl bottles, with the ring around the neck, were introduced.

This beer was considered to be very strong, especially in comparison with what else was being brewed around that time. The Westmalle Tripel continued to build on its characteristically strong and refined character, by using only natural ingredients in the brewing process – such as real hop flowers from Eastern Europe – and the highest quality barley malt.

Many decades on, this brew is still worthy of one of her other beloved nicknames – ‘the mother of all tripels’ – with her dominant but refined hop bitterness combined with a fruity sweetness. She could also be considered a mother with many children: the tripel-style is one of the most popular styles with budding hobby brewers, both in Belgium and far beyond its borders.

Save this product for later
Display prices in: GBP